The first big international tournament in Poland took place in mid-July 2019. Everything was done at one of the local universities. Universities are a good place, usually there are also foreign students and so a few posters, a few personal invitations and one training afternoon brought nearly 40 players from 13 countries into the tournament. For the first year simply beautiful. You cannot do much if you have just a weekend, so there were only two tournaments scheduled, Saturday in Toguz and Sunday in Oware. Thanks to the help of other federations, the hall where it was played, was beautifully decorated with flags, rollups and a big tournament sail. We played on plastic and wooden sets and it was possible to buy the boards as well. Of course we played with time control, and we used computer to make pairing of players, pairings were also printed and hung on the bulletin board, no screen readings from a computer or phone like in Pardubice, where we can only use printers in IT center, far away from playing tables. 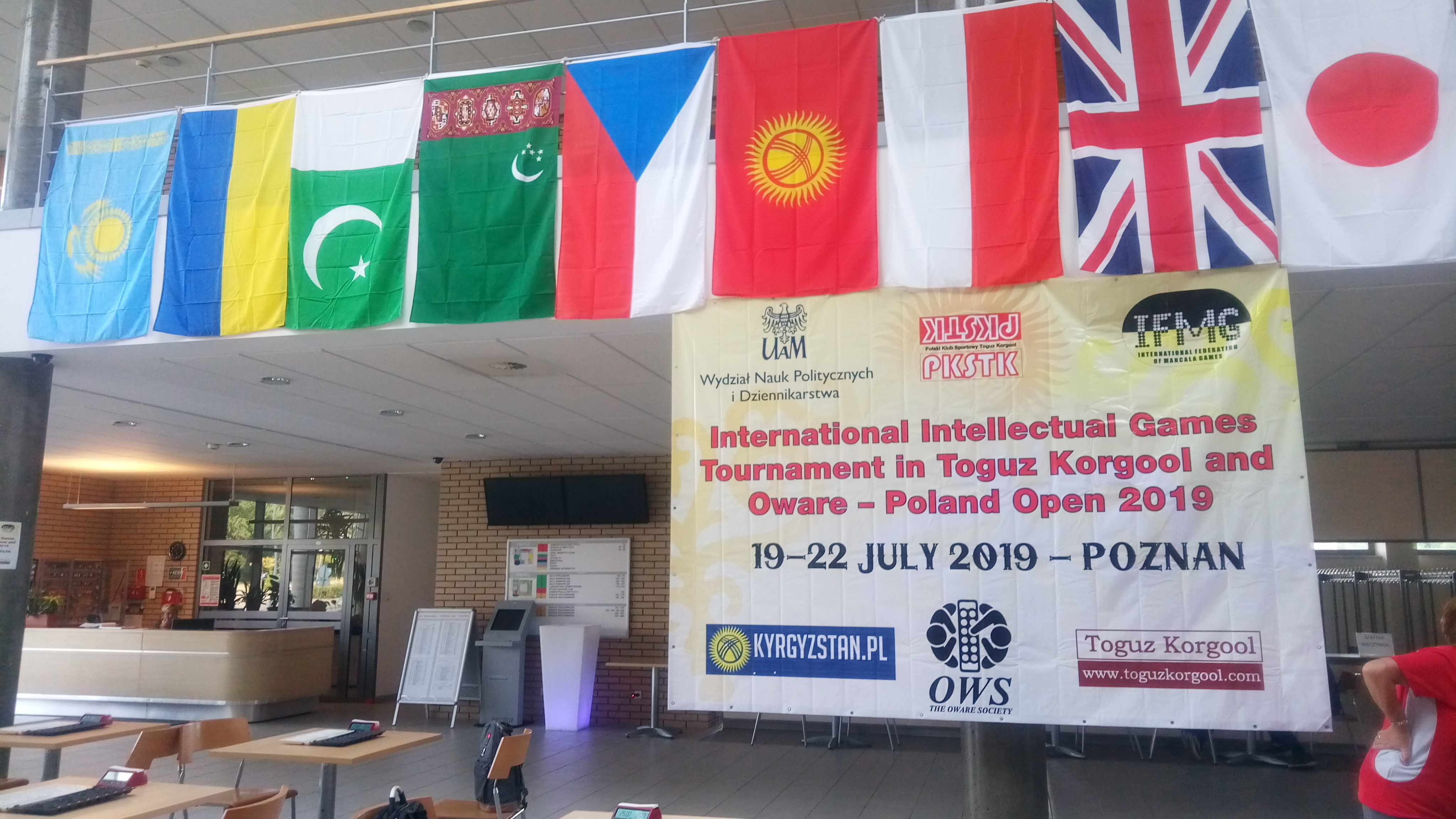 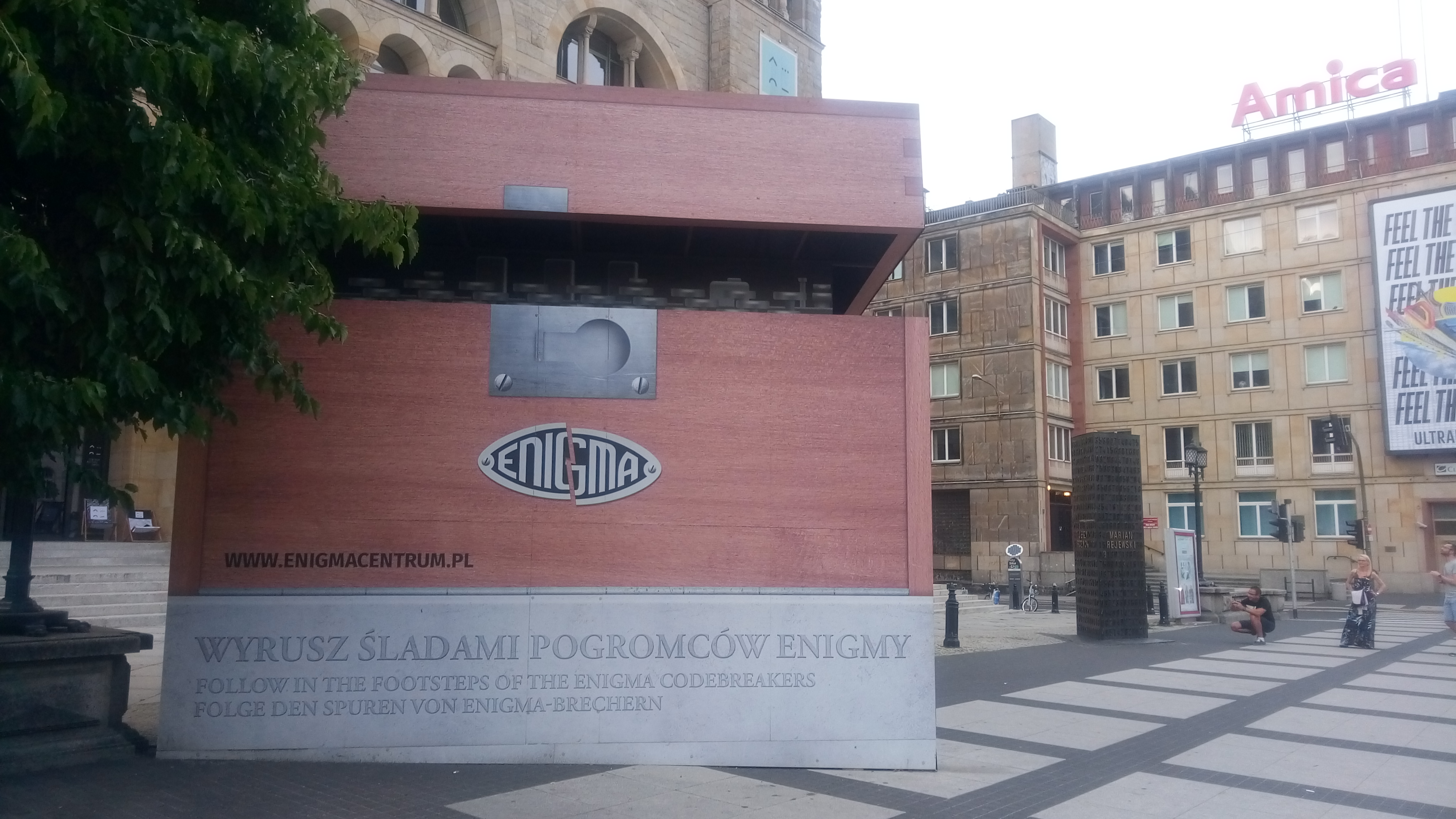 In the evening after the end of Toguz we walked around the city together. The tournament was great and the experience was enhanced by the relatively good placement and the award of the best participant from each participating country. So we got third place medals from both games, plus fifth for Toguz and sixth for Oware. The most powerful experience for me is the draw in Oware with Aizada from Kyrgyzstan, where I made perfect use of my experience and a minor mistake of my opponent and lost to Gulzat in a situation when I chose an ending fight instead of a draw, with the last 2 minutes of time on the clock only.